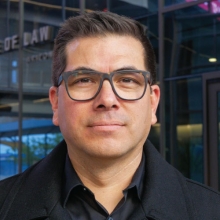 Kris Beecher is an enrolled member of the Navajo Nation and is a graduate of the Sandra Day O’Connor College of Law and W.P. Carey School of Business at Arizona State University and holds a Juris Doctor/MBA joint degree. He is an ASU O’Connor Merit Scholar, Cobell Scholar, and Chief Manuelito Scholar. He also holds a BA in Political Science and a certificate in Political Entrepreneurship. Kris is a member of the Navajo Nation Bar Association and recently completed a 3-year term as Chairman of the Board of the largest public housing authority in Indian Country, and nearly the 8th largest in the United States.

Originally from Tuba City, AZ, Kris volunteers his time speaking to Native American youth via the Pipeline to Law Initiative. which encourages these youth to seek out careers in law and to become the next generation of Tribal lawyers, judges, and leaders. In March 2020, Beecher will be joining prominent national law firm Dickinson Wright and plans to put his Indian Law Certificate to use working with tribes on economic development. 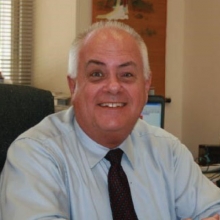 Since 1994, Ken has been serving as General Counsel with the Arizona Legislative Council. Previously Ken served with the Arizona Department of Revenue as Deputy Director and Assistant Director/Property Tax, and with the Industrial Commission of Arizona as Deputy Chief Counsel. 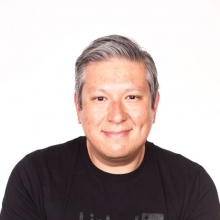 Nick DePorter’s professional experience includes government affairs, higher education leadership, and workforce development. Nick is the Sr. U.S. Public Policy and Government Affairs Manager at LinkedIn. He is responsible for partnering with policymakers and community stakeholders to create economic opportunity for every member of the workforce.

He currently serves as a Board Member for the National Association of Workforce Boards (NAWB) and as Vice Chair for the City of Phoenix Business and Workforce Development Board.

Nick served as an elected Councilmember for the Town of Fountain Hills, AZ from 2014-2018. He previously served on the Maricopa County Workforce Development Board, the Chicanos Por La Causa - Integrated Health and Human Services Board, and the Arizona State University - Career and Professional Development Services Advisory Board. Nick holds a BA in Political Science and a Master’s of Public Administration (MPA) from Arizona State University. 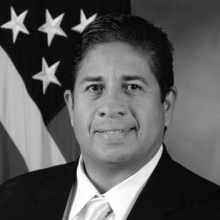 Mario Diaz is President of Mario E Diaz & Associates, a government and business development consulting firm located in Phoenix, Arizona that works closely with elected officials from the federal, state, local, and Tribunal levels of government throughout the country.

Mr. Diaz is a first-generation college graduate. He received his Bachelor of Science degree in Political Science in 1991 and his Master’s Degree in Public Administration in 1997 from Arizona State University. Mr. Diaz has been awarded the Arizona Hispanic Chamber of Commerce Man of the Year Award; the Anti-Defamation League (Arizona Chapter) Community Partnership Award; the Valle del Sol Profiles of Success Award, and the ASU College of Liberal Arts and Sciences Community Award. Mr. Diaz and his wife Veronica De La O have two children. 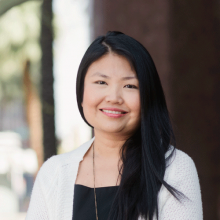 Sambo (Bo) Dul is the State Elections Director for Arizona. She has served in this role since joining Secretary of State Katie Hobbs’s administration in January 2019. Before that, she was a partner at Perkins Coie LLP, where her legal practice focused on election law and voting rights litigation, international anti-corruption compliance and investigations, and immigrant and refugee rights pro bono matters. She has been a leading advocate in the community on voting rights, immigrant rights, and access-to-justice issues. 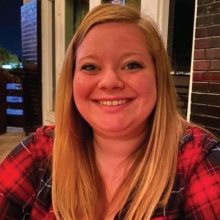 Sarah Heeter is a full service podcast producer and strategic consultant, working for herself. She helps multi-six and seven figure earners strategically launch, grow, and monetize podcasts in order to expand their audience, establish their expertise, and increase their opportunities to make money online. In addition to helping others with podcasts, she also has a few of her own: the Girl Scout Troop Leadership Experience (for volunteers with the Girl Scouts organization), the Iconic Women Podcast (with family friendly bite-sized stories about women who changed the world past and present; along with corresponding classroom and homeschool curriculum coming soon), and now the Podcast Podcast (a podcast all about podcasting).

In addition to running her business, Sarah is also on the instructional team with the School of Public Affairs at ASU, where she previously earned her MPA. She also holds a Bachelor of Arts in Political Science and a Bachelor of Arts in Religion and Conflict. Sarah lives in Chandler, Arizona and has three teenage stepchildren, two cats (Huxley and Marlowe), and a Doberman (Ripley, for the protagonist in Alien, not for Ripley’s Believe It or Not). 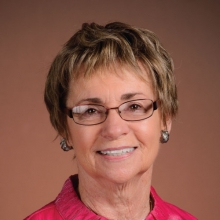 Ruth Jones joined the ASU faculty in 1981. She was the first tenured woman in the department of Political Science and the first woman to chair the department. Her professional research, publication, and teaching career initially focused on political socialization and political parties and then morphed to election campaign financing.

She conducted NSF funded research on the impact of state public campaign finance policies; served as consultant to numerous state commissions on campaign finance and on the executive committee of the Council on Governmental Ethics Laws, was appointed as a founding member of the Arizona Clean Elections Commission and serves as a Trustee of the Campaign Finance Institute.

At ASU, she also served in various roles including as Executive on Loan to the Arizona Board of Regents. In 1994, she joined ASU President Lattie Coor’s office and directed the ASU University for the Next Century project; she served as Executive Assistant for University Programs until she assumed the role of Vice Provost for Academic Programs in 2002.

She returned to the School of Politics and Global Studies in fall of 2007 and served as the ASU liaison for the Arizona Legislative Internship Program. Although now retired, she continues to support ASU political science students through the Norma F. Schuessler scholarship established to honor her mother and the Warren E. Miller Junior Faculty Endowment in honor of her husband. 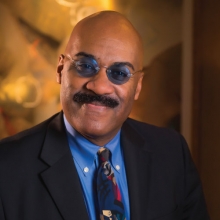 Previously, Vada was a member of the Corporate Leadership Team (CLT) at Nike Inc. and served on several M&A transaction teams. Mr. Manager served in a very similar role at Levi Strauss & Co. and was also an investment banker (VP, public finance).

Mr. Manager serves as G&N Board Chair for leading automotive lubricants company Valvoline (IPO 2016), which was spun from global specialty chemical company Ashland, Inc. He is also a board member for the Helios Education Foundation, where he serves on the Finance and Nominating Committee. He recently served as chairman of the U.S. Military Academy (West Point) Civilian Public Affairs Committee.

Vada is a graduate of Arizona State University, where he was also inducted into its CLAS Hall of Fame. His other affiliations include: the London School of Economics, American Council on Germany, ASU’s Center for Race & Democracy, Spread The Vote and, the Mannie Jackson Center for the Humanities. 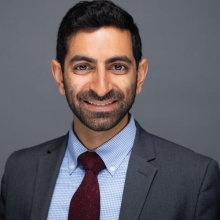 Akshai J. Patel is passionate about education, serving in Arizona public K-12 schools for 15 years and now supporting schools across the country. Motivated to change South Phoenix students' lives permanently by helping them find a path to college, Patel joined two fellow TFA alumni to co-found the first seamless pre-K to college pathway in the community in 2009: Phoenix Collegiate Academy, a network of free public charter schools in South Phoenix, serving a high-poverty population, with the mission of preparing students to succeed in college and be leaders in the community. After drafting plans for ASU Prep's first rural expansion to the Verde Valley near the Yavapai Reservation and securing $1.25M in federal expansion funding, Akshai joined the education finance team at RBC Capital Markets where he helps entrepreneurial district and charter school educators build new schools that change students' lives and put more funds in the classroom. 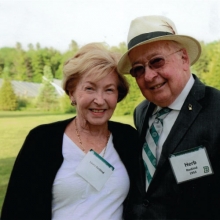 Herbert Roskind is an active member of the National Energy Independence Plan (NEIP) and serves as advisor to several Phoenix high tech companies. He is active in Flying Angels and Flying Sams, politics, and a co-sponsor of the Voter Reward Initiative.

Herb was also the Founder and President of HoltraChem, Inc., the 10th largest industrial chemical distributor in USA with offices and distribution facilities in 20 major cities. Under his stewardship, HoltraChem became the nation's largest distributor of caustic soda, alkali blends, hydrogen peroxide, calcium chloride, and antimony products. The success of the company was in no small part due to Herb’s vision for future trends in the global market, and his high standards for excellent external and internal customer relations.

From 1994 to 2001 he served as Chairman of the Board of HoltraChem Manufacturing Company, LLC, a regional producer of chlorine, caustic soda, hydrochloric acid, and bleach with plants in North Carolina and Maine, with over 170 employees, and the largest user of electricity in both states.

Herb traveled and lived extensively in China, Japan, and Europe developing new markets and obtaining reliable suppliers. He was among the first to visit China in 1972, negotiating the first chemical contracts between the PRC and the USA since 1949.

He has taught “Negotiating Global Trade” for the School of Politics and Global Studies at Arizona State University since his retirement in 2008.

Laura Roskind is an active member of the Arizona State University community and leadership team. She currently serves on a number of councils to include: Trustees of ASU; Center for Jewish Studies; the Dean’s Council for CLAS; the Herberger College of Art and Design Council; President’s Club, etc.

Laura has more than 45 years of experience as a board member on numerous local, state, and national boards for educational reform and refugee resettlement.

Since retiring to AZ in 1998, she has co-chaired ICIVICS project at SpeakOut AZ and has continued civic engagement volunteerism with the Center for the Progress of Arizona, working with ASU/SGA and the Pinal County School Districts. Laura has been a member of the PCEP and an active member of Women and Philanthropy, and its Investment Committee.

A few years ago, Laura started a Women’s Group called PUSHBACK/STEPUP which has grown to more than one-hundred members. 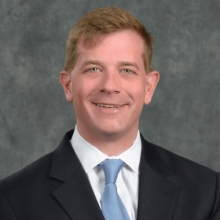 Matthew Stevenson is a Partner and the co-leader of Mercer’s Workforce Analytics and Planning practice in North America He is based in Washington, DC and has worked at Mercer since 2000. His work involves using data science to help Mercer clients define their human capital strategy and fine tune the implementation and planning of that strategy in order to support business objectives. Matt has presented at several national conferences and published in professional journals. His most recent publications include Mercer’s Healthcare Workforce 2025 report, co-authored with Jason Narlock.

In his spare time, Matt slowly runs marathons, is attempting to learn the bagpipes, and is a “special volunteer” collaborator with the National Institute of Health, applying novel statistical techniques to clinical data. 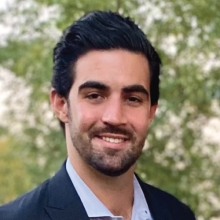 Ryan Sullivan obtained his undergraduate degree in Political Science from Arizona State University in 2012, at the same time earning two minor degrees in Global Studies and History. During his undergraduate tenure, he served as teaching assistant, was a Capitol Scholar in 2010, taught English to multi-age classrooms in Korea, and traveled to Israel to study religious conflict.

In 2015 Ryan graduated with his Master’s in Public Administration from the ASU School of Public Affairs. While pursuing his graduate degree Ryan was also a graduate teaching assistant. He regularly participates on the School of Politics and Global Studies’ Alumni Career Panel, and every fall, on the Arizona State Legislative Internship selection committee which he now facilitates.

Ryan started his political career in 2010, beginning as a Page in the Arizona State Senate. Over the last decade, Ryan has earned his way through the ranks from Page, to Administrative Assistant, Assistant Research Analyst, Research Analyst, Policy Advisor, and is now a Senior Policy Advisor to the Majority at the Arizona State House of Representatives. He has acquired extensive expertise in healthcare, human services, tax and fiscal policy, and has served on the state budget negotiation team for the AZ House since 2016.