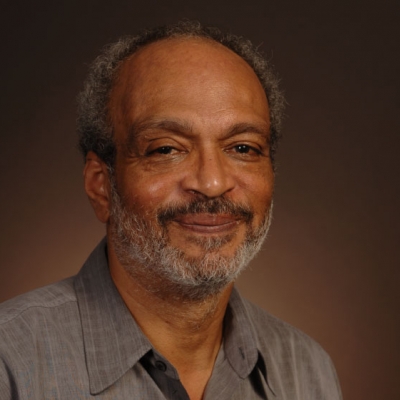 It is with sadness that the School of Politics and Global Studies at Arizona State University reports the death of Professor Michael J. Mitchell an expert in Afro-Latino and Afro-Brazilian politics and culture, who died on October 27, 2015. He leaves a legacy of more than four decades of teaching and research.

Michael attended Fordham after graduating from Cardinal Hayes High School in the Bronx.  A summer internship at the State Department led to a year abroad at Universidad Católica de Chile in Santiago. The experiences of that year are reflected in his degree choice: a B.A. in Inter-American Studies awarded in 1965. Following graduation, he and his wife served in the Peace Corps in Hualpencillo, Chile.  On their return Michael completed his M.A. in Latin American Studies and his Ph.D. in Political Science at Indiana University. Prior to arriving at ASU in 1990, he taught at MIT, Princeton, St. Peter's College in Jersey City, and SUNY-Albany.

We especially remember him for his dedication to his students. His commitment to teaching was first recognized in 1990, when he was honored with the Outstanding Teaching Award in Political Science; he received the award again in 2001.  In 1993, the Devils Advocates commended him for his outstanding contribution to the university community, and the following year the Associated Students of Arizona State University and the Sun Devil Club recognized his outstanding service and dedication to students with an award. The Graduate and Professional Student Association at ASU named him outstanding faculty mentor in 1996.  And he received the Distinguished Teaching award from the College of Liberal Arts & Sciences in 1993, 2002, and again in 2007.   He was a much admired and respected teacher who helped his students develop analytic and critical skills.  He took great pains with students, and he took great pleasure in working with them.

As a scholar, Michael sought to understand the role of race in Brazilian politics and culture. His dissertation, Racial Consciousness and Political Attitudes and Behavior of Blacks in Sao Paulo Brazil, was required reading for every advanced student of the subject.  Professor David Covin, his long-time collaborator, notes that Michael “introduced four generations of scholars to the study of Afro-Brazilian politics.” He writes that Michael pioneered a research area thought impossible “before his dissertation and his landmark early articles.” This work was, according to Professor Covin, “not only path-breaking, it was path-opening, revealing vistas for other scholars to explore and providing a sound base on which to do it.” Brazilian activists and scholars agreed; Professor Eduardo de Oliveira, president of the National Afro-Brazilian Congress, wrote that Michael Mitchell “put together the greatest quality of work on the Black Movement in Brazil.”

Professor Mitchell made a lasting impression in Brazil. Vanderli Salatiel, an Afro-Brazilian activist and professor of history spoke at a memorial service in Tempe remembering Michael as “the great student and scholar of race relations in Brazil, with particular reference to the Black movement, beginning from the decade of the 1970s.” Luiza Bairros, who served in President Dilma Rousseff’s cabinet (and was the only Afro-Brazilian cabinet member), expressed her sorrow for this great loss. Joao Carlos Nogueira, Executive Coordinator of Afro-Brazilian Entrepreneurs, wrote that "it is with heavy hearts that we accept this news." Unified Black Movement founder Milton Barbosa, said, "Our great brother died.”

Michael was also “the intellectual leader of the Race and Democracy in the Americas Project” conceiving its title.  The project, which is focused on Brazil, has engaged scholars and activists throughout the Americas and the Caribbean.

Over his career he presented dozens of scholarly papers at professional conferences sponsored by groups as diverse as the American Political Science Association, the National Congress of Afro-Brazilian Researchers, the Universidade Federal da Bahia and the National Conference of Black Political Scientists, and the Network of Brazilian Legal Professionals to Combat Racial Discrimination.  Consistent with his efforts to be a “citizen of the world” these conferences and his research took him to places as diverse as Recife, Salvador, and Florianópolis in Brazil and Baton Rouge (LA), San Francisco (CA), and Washington, D.C.

Michael had just completed six years of service as co-editor of the National Political Science Review.  The journal is a refereed publication of the National Conference of Black Political Scientists. Professor David Covin, his co-editor, notes that Michael Mitchell was “meticulous about his work, and the NPSR was part of that body.  He went to great lengths checking footnotes, references, quotes, and publication dates.  It was not unusual for contributors ..….to get a note from Michael asking for specific corrections.  He was ……inventive,,.....advocated interdisciplinary approaches,.....welcomed and encouraged guest editors, (and) launched a vigorous Book Review section.”

Michael was still very much engaged in his teaching and scholarship at the time of his death. In fact, we only now know the full extent of his role as a mentor as students learn of his passing and share their stories of how he kept them in school and turned their lives around.  Our advisors have shared that they routinely sent troubled students to him knowing that he would take them under his wing.  Michael served in this role quietly and without fanfare because it was the right thing to do.  The faculty has therefore chosen to honor him by renaming the School’s faculty teaching award in his honor.

Those who knew Michael knew that he possessed a devilish sense of humor and an infectious joie de vivre. He reveled in opera, devoured political news, and loved riding his bike. He was a fan of the New York Giants, the Knicks, and the 1955 Brooklyn Dodgers. He cherished the life of the mind.  A steadfast friend to many, a mentor to many more, he gave freely of himself, always fighting for justice and for the underdog. Michael is survived by his wife of 50 years, a son, daughter and her husband and two granddaughters as well as cousins, a host of nieces, nephews and friends and former students around the world.

Michael Mitchell's obituary has been published on Dignity Memorial & from PS: Political Science and Politics.