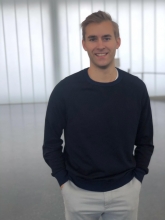 When the pandemic began, many countries closed their borders. While subsequent openings have varied, all closures bear an important similarity. They put into question states’ respect for migrants’ rights. Such rights are enshrined in various international and regional agreements. For the United States, relevant agreements include the Universal Declaration of Human Rights; the International Covenant on Civil and Political Rights; the United Nations Protocol Relating to the Status of Refugees; and the articles of the original Geneva Convention. By ratifying these agreements, the United States, and other countries, agree to adhere by them. Thus, according to scholars of international law, such documents create obligations for their parties, especially during these unusual times. One of the most prominent principles is non-refoulement, that is, the prohibition against forced return to a dangerous or threatening circumstance. Though some confine the scope of non-refoulement to governmental persecution, it is not the only relevant principle. One can establish grounds for the dignified treatment of migrants with other legal precepts.

If international law creates obligations for states’ human rights practices, especially with respect to migrants, how have countries fared in their observance of these obligations? Some countries have fared relatively well. In the first few months of the pandemic, Portugal granted residency to its immigrants. Residency enabled immigrants to access health services. Other countries have fared relatively less well. In some cases, the pandemic provided an excuse to continue or intensify restrictive immigration policies. For example, Malta is reportedly coordinating with Libya to prevent African migrants from entering the country. Likewise, the border closures of the United States reflect a continuation of restrictive immigration policies. Prior to the pandemic, the Trump administration enacted three policies that violated migrants’ rights.

First, after one week in office, President Trump enacted the so-called travel ban of 2017. The executive order suspended the U.S. refugee program; prohibited the entry of Syrian refugees; and banned migrants from seven majority-Muslim countries. Legal challenges arose, yet the Supreme Court allowed a revised version of the order. As a result, the refugee program was suspended temporarily, and migrants from several majority-Muslim countries were banned indefinitely. The exclusion of persons from specific countries, and with a specific religion, violated the United States’ commitment to the equal and non-discriminatory treatment of migrants. In addition, the ban regarding Syrian political refugees violated the principle of non-refoulement.

Second, in February of 2019, President Trump declared a national emergency. He made the declaration to procure funding for the construction of the southern border wall after Congress failed to appropriate funding for the project. As a result of the declaration, about eight billion dollars were diverted to the project. Though the wall did not materialize, it would have delayed asylum seekers’ access to asylum. Moreover, the wall would have lengthened migrants’ trek through the deserts of northern Mexico and, thus, threatened their physical safety by exposing them to the perils of the desert, including human traffickers.

Third, in January of 2019, the Trump administration implemented the Migration Protection Protocols, which denied migrants the right to seek asylum. In general, the program precluded asylum proceedings and jeopardized migrants’ physical safety. More specifically, it relegated asylum seekers to encampments on the U.S.-Mexico border without access to immigration courts. Human traffickers often abducted asylum seekers for ransom if not enslavement.

Has the Biden administration exhibited any greater respect for migrants’ rights? At best, the administration has taken steps in the right direction. Upon taking office, President Biden revoked the travel ban of 2017 and terminated the national emergency regarding the southern border. He also recognized the right to asylum of migrants at the southern border. Yet, respect for migrants’ rights remains far from complete. Neither the revocation of the travel ban nor the termination of the national emergency guarantees the physical safety, or right to seek asylum, of migrants. Moreover,  the Migration Protection Protocols pose some ongoing challenges. To start, confusion remains about the enforceability of the policy, so migrants’ right to seek asylum maybe withheld in some parts of the country. In addition, the thousands of asylum seekers will likely endure long detentions prior to judicial proceedings due to a shortage of qualified judges. Furthermore, many migrants are not accompanying their children to the border, since children tend to be treated with more sympathy than adults. Customs and Border Protection is picking up such children (assuming human traffickers did not do so), yet the influx of abandoned children strains detention centers’ resources and, more importantly, separates families.

The United States’ continued violation of migrants’ rights illuminates a greater problem. Governments can violate human rights with impunity. While the International Criminal Court (ICC) can rule on human rights violations, the court tends to focus on egregious cases. It does not tend to investigate lesser, though still substantial, violations. For example, the ICC will likely try neither President Trump nor President Biden. Most world leaders will likely enjoy the same treatment. How can the international community enforce its agreements on human rights? An answer is not obvious. The World Trade Organization is considered one of the more successful institutions of interstate cooperation, so one might expect it to serve as a model of success. But, its use of reciprocal penalties does not suit human rights. Treaties on human rights intend to eliminate, rather than exacerbate, violations. Yet reciprocal penalties do the latter. If one country’s violations entail reciprocal violations, then more, rather than fewer, violations occur. Despite the lack of a solution, the need for one is severe. Human, and migrants’, rights are violated in various ways around the world. Violations affect individuals’ present and future wellbeing. For asylum seekers, enforced rights entail freedom from hostile governments. For migrants, enforced rights entail freedom from persecution and hardship. In either case, enforced rights entail a better life for individuals and their families. If the international community aspires to give all individuals an opportunity at a better future, then it can only hope to achieve this aspiration by enforcing human rights agreements.

(Governments are unlikely to realize this aspiration without public demand. To demand respect for migrants’ rights, support local advocacy groups. In Arizona, aspiring advocates can support, among other organizations, the Puente Human Rights Movement, which has defended migrants’ rights for almost fifteen years.)