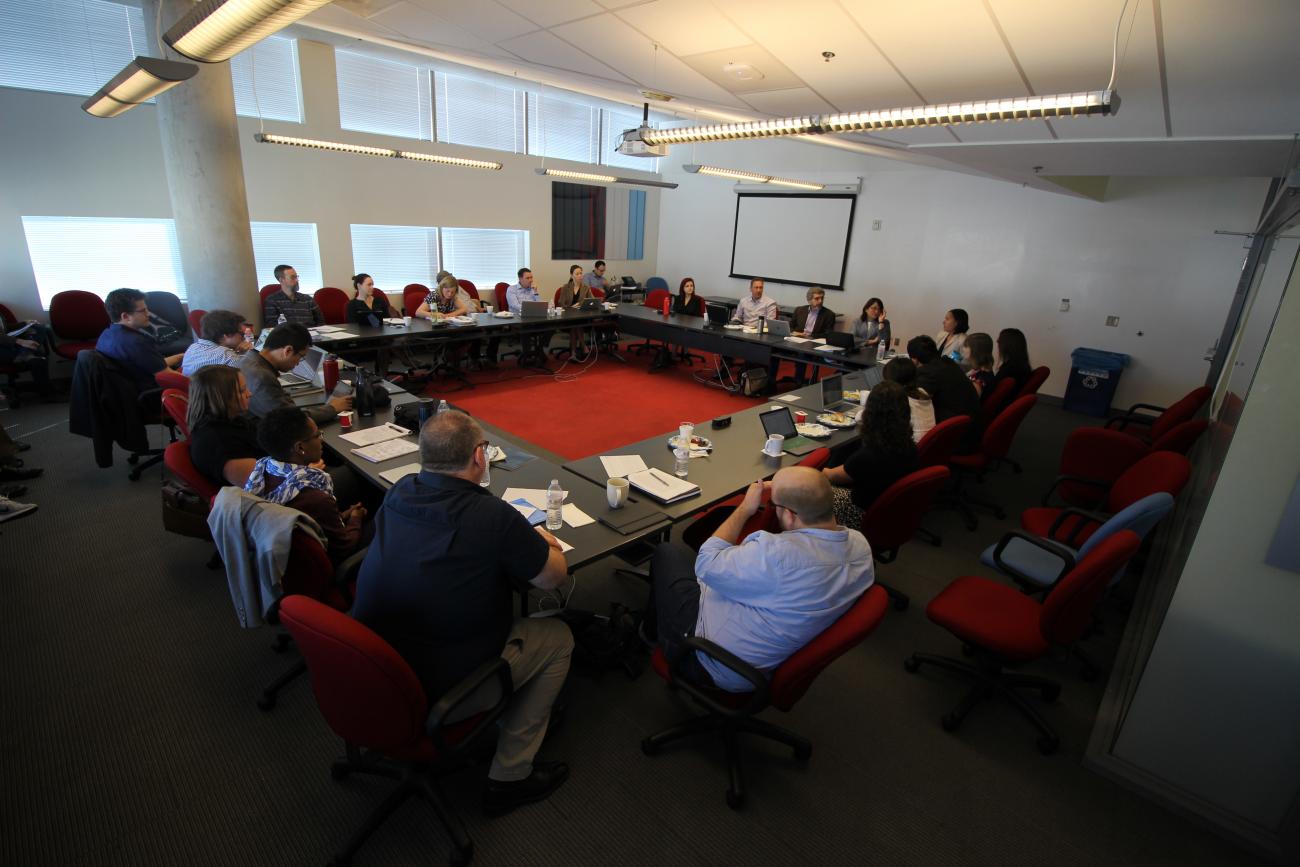 The School of Politics and Global Studies at ASU is a Knowledge Enterprise that focuses on advancing research.  The School emphasizes research that links theory with real world issues and organized into working groups to advance research and hold conferences in the following fields:

The Four Corners Conflict Network (4CCN) was established in 2015 with a view towards building some community connecting the many scholars of violent and nonviolent forms of political and social conflict that work at universities in the four corner states: Arizona, Colorado, New Mexico, and Utah.  ASU is hosting the inaugural conference of the Four Corners Conflict Network, 15-16 April.

WGAPE includes west coast-based faculty who conduct research in Africa regarding political economy.  The meetings include a discussion of seven to eight papers.  Participants and schedules are still being set for November 6th and 7th of 2015.

This conference covers the Role Theory and International Relations book series through various discussions and presentations.

PRIEC is a series of meetings that include faculty’s work on racial/ethnic politics and the politics of immigration.  PRIEF was held at ASU in January of 2014 and included work from Alan Simmons, Jill Carle and Amanda Wintersieck.

The School of Politics and Global Studies benefited in 2013 from a generous gift from a 1980 alumnus.

Brian A. Kopf earned his B.S. in Political Science from Arizona State University.  As a college student, Brian worked at Fry’s grocery stores.  He also attended DeVry Institute, becoming an expert on information technology.  He retired from J.P. Morgan Chase Bank as vice-president in 1952.

Kopf also was dedicated to helping the less-fortunate through St. Vincent de Paul, where he was named volunteer of the year, and to the Sun Valley Animal Shelter.  Kopf’s loyalty to ASU remained strong and he enjoyed his association with his alma mater, particularly as a long-time member of the Sun Angels.  He also supported Channel Eight, Sun Devil Athletics and now, his estate gift benefits our students, faculty and staff.  Kopf passed away in 2012.

Magda Hinojosa, Director of SPGS noted, “These types of gifts are rare. We are extraordinarily grateful not only for Brian’s generous support, but also for allowing the School of Politics and Global Studies to determine how best to utilize these funds.”

The following events happened thanks to the Brian A. Kopf Fund:

The School of Politics and Global Studies and the Center for Latina/os and American Politics Research at Arizona State University is hosting a Kopf conference examining how institutions in the U.S. affect the political mobilization and influence of Latino interest groups. Twelve scholars will convene from across the country to present and discuss new research

"Diversity in the Judiciary: Does it Matter for Democratic Inclusion, Representation or Inequalities" | Spring 2019

Our proposed conference examines how diversity on courts may impact judicial processes, social and economic inequalities and public opinion in the U.S. and around the world. We understand diversity and inclusion in a broad sense including gender, race, ethnicity and socio-economic status. Participants specialize in American Politics, Law, Comparative Politics and Political Theory.

The conference will bring together scholars from different disciplines to explore these and other dimensions of the “Kosovo case” and its impact on policy-making and scholarship in international relations, in the United States and beyond. Our goal is to have IR theorists engage with local knowledge and contextual expertise, and for regional specialists to put their work into comparative political perspective.  Through sustained attention to this protracted conflict and its cascading diplomatic, military and legal consequences, we seek to generate new perspectives on the roles of different political actors in transforming norms and driving change in the theory and practice of international relations.

At this conference, SPGS faculty and outside visitors will discuss working papers which draw on and inform debates outside of the traditional state building literature, for example on sub-national politics, authoritarian institutional design, colonial legacies and new states.

This conference featured faculty from SPGS and outside of the university. The group focused on Subnational Politics through a series of discussions and presentations.

The conference will bring together scholars that have worked on identity-based voting and those who have written on the limitations of economic voting models along with scholars who study  “non-economic” populism and the effect of migration, religion and ethnicity on political mobilization. Due to its emphasis on the processes of party competition, the conference will focus on these issues within electoral democracies.

“How does Gender Shape Violence and Coercion?” | Fall 2015

A growing body of scholarly work investigates the effects of gender on attitudes and behaviors towards the use of political violence and coercion. Studies have pointed to the different approaches taken by elite men and women in the resolution of interstate conflict, sexual abuses and harassment within the state security apparatus, and the necessity of prioritizing policies to combat sexual and domestic violence. This conference brings together a wide range of scholars to engage in a joint investigation into the study of gender as a cause and consequence of violence and coercion.

Special issue of the journal Conflict Management and Peace Science, co-edited by Sarah Shair-Rosenfield and featuring an article by Reed Wood.

With the support of SPGS and the Center for Studies of Religion and Conflict at ASU, our Working Group organized an international Conference on Ethnic and Religious Conflict that took place in February 2015 at ASU. The conference, attended by leading scholars in political science, sociology, anthropology and history, analyzed the implications of these different kinds of groups for political mobilization, violence and conflict.

This conference examined women, media and politics through a series of discussions and presentations.