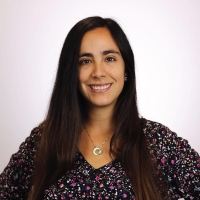 In the last decade, a feminist wave has dyed Latin-America in purple and green. The purple tide has been the rise of movements claiming more legal and governmental responses to violence affecting women in the region. In contrast, the green tide is the agglomeration of social movements and organizations demanding the legalization of abortion and the implementation of sexual and reproductive health education policies. The increase in civic society mobilization has made possible women's political participation and representation by impacting legislatures and courts. This context gives hope for the future. Yet, do all women in Latin America will benefit from these changes and increasing inclusion? Does the representation increasing and the execution of new policies will be equally accessible by women, despite their class, ethnic, geographical, and race differences? These are crucial questions to think about right now to successfully implement mechanisms that take into account the different Latin-American women’s experiences, resources, and contexts.

On October 27, 2019, Bogotá,  Colombia elected the first woman mayor in the city’s history, with approximately 1,104,647 votes. The same day, in Silvia (Cauca) and Cubará (Boyacá), the country saw the election of women mayors: Mercedes Tunubalá Velasco from the Misak community, and Aura Benilda Tegría Cristancho from the U’wa. These elections are indicative of the advances in women’s and ethnic minority groups’ political participation, increasing the representation of women and the indigenous at the local level. These elections are also symbolically powerful: women are breaking glass ceilings. Nevertheless, women's movements throughout the region still have an important task ahead: including women's diversity and finding a means of representing the distinct experiences and necessities that women face.

A year later, after debates in the lower house of congress and in the senate, the Colombian congress approved 50-50 parity. The new rules established in article 81 of the new electoral code proposal would require that party lists for popular elections are equally comprised of women and men candidates. The Constitutional Court must still ratify this change. This decision follows similar actions by other countries in the region: Costa Rica (2009), Ecuador (2009), Bolivia (2010), Honduras (2012), Nicaragua (2012), Panamá (2012), México (2014), Venezuela (2015), and Argentina (2017). This is an achievement for women’s movements and women’s descriptive political representation, many of them united under the purple campaign ‘Paridad Ya’; a civic organization movement which is part of the recent cascade of Latin-American feminist and women’s mobilization efforts that have reunited as the “Purple wave” fighting for women’s political inclusion and against patriarchal violence. Actually, this purple tide started as part of the movement #NiUnaMenos (Not one less) that seeks measures to prevent women’s assassinations and physical violence.

On the other hand, in December 30, 2020, Argentina legalized abortion (during the first 14 weeks of pregnancy) for all women. This was the culmination of years of mobilizations--that intensified in 2005 with the beginning of the so-called “Green wave’”. Besides Argentina, Uruguay is the only country in the region that allows abortion on demand at the beginning of the pregnancy without limitations; in El Salvador, Honduras, Nicaragua, Dominican Republic, and Haiti, abortion is forbidden in all instances. This legislative change in Argentina might spread to other countries like Colombia, where the Constitutional Court has been studying the possibility of decriminalizing abortion since October 2020.

The passage of parity legislation in Colombia and the legalization of abortion in Argentina are a result of and response to the mobilization of women’s movements. Women have mobilized to demand parity across Latin America; Argentina, Ecuador, and Bolivia have all seen women’s groups pressure congress. Women’s groups have overcome the high cost of collective action to build coalitions able to pressure legislatures to support affirmative action. Women have worked together—despite deep ideological, ontological, and epistemological differences—to push for these changes. As Lisa Baldez explains, women can overcome differences when appealing to a collective identity that they to united to fight for access to rights that have been historically denied.

The rise in women’s political participation and their escalating influence in legislatures make evident that women are becoming a relevant political force in Latin-America; women’s protest actions and mobilization are impacting judicial decisions, policy, and constitutions. Many of these political transformations are huge accomplishments resulting from historic fights for rights and visibility. Now, it is relevant to think about the differential impacts this has on women: is access to political inclusion and abortion equal for all women?

In the first case, in Colombia only by creating the institutional mechanism and means to support women's inclusion in political scenarios will these legislative changes create a transformation that transcends descriptive political representation. Also, we must ask who the women are that would have access to political positions. The law on its own will not help to overcome racial, class, and structural inequalities that prevent certain women from accessing powerful political positions. For parity to be successful it is necessary to develop actions that overcome obstacles faced by non-elite women for a successful implementation of political parity; the reason why universality is fundamental. For example, in order to diverse women to enter the political arena is necessary to demand parties to include no exclusively women belonging to political elites or urban areas or generate programs to give ethnic minority or low economic resources women resources to organize politically. Otherwise, we face the risk of only seeing white, educated, urban, and economically privileged women accessing high political posts, while indigenous and black women will remain in the periphery.

Indigenous and black women into power might be constrained to the local governance. How can we raise their voices to national levels that oblige the nations and citizens to see other women in power beyond the white high-class political women? This makes us wonder where inclusion is for women that do not fit and mirror the hegemonical power. It is vital to break ceilings for women of color and de-normalize traditional politics and parties' structures as the core of white and high-class political power.

In the second case, the decisions over women's bodies and reproductive rights are critical issues in feminist and women's movements. But the legislative decision has to be translated into action to have real impact–and that means new measures that will permit all women to have real access to abortion. Many women do not have the information and resources to access abortion; for instance, women living in areas without institutional presence or women facing fear to even ask how to get an abortion. Moreover, in many cases, institutions providing health services have denied access to abortion to many women, violating the right to access abortions allowed by the law. For women to obtain universal access to sexual, reproductive, and contra reproductive rights, it is necessary to give women the knowledge and resources they need to access their rights and overcome the institutional violence that has denied women access to abortion and contraception.

The recent Latin-American feminist wave that has made the continent tremble. Women's protests have awakened Latin America’s consciousness. The impact has been felt in conventional political channels and across institutions: voter turnout, legislative actions, and judicial decisions are the reflection of these mobilizations and a response to women's demands. The last fifteen years have transformed women's political representation and political participation. We are now seeing how political parity and abortion decriminalization are becoming a trend in the region.

While change is coming to the region, the historical oppressions of race and class remain, plus the inequality dynamics, and statal absence in local areas. Bureaucracy, classism, inequality, colonialism, and racism endure, and many women have more challenges to access to the political arena and know their rights than others.

The tremor that has begun is irreversible, paving the way for true gender equality and paying off a historical debt with women; the green and the purple tide is getting stronger, but it is relevant to develop a critical awareness inside women's movements to acknowledge differences and privileges among women. It is the only way to generate inclusion and equality. And yet, to have true equality, women’s movements must continually acknowledge and assess the marginalization of some and the privileges of others. The first-time local election of the indigenous women, Mercedes Tunubalá Velasco and Aura Benilda Tegría Cristancho, in Colombia is an accomplishment for ethic minority women representation, now we must reverberate this echo to break crystal ceilings for non-white women in Latin America.